A few days ago, my speaking and writing partner, Marvin, sent me a clip of the video below.  It's Dr. Frances Cress Welsing discussing her theories about white supremacy on the Donahue show (arguably the whitest hair to ever be seen on talk-show TV!)  Dr. Welsing passed away at the beginning of this year.

If you're unfamiliar with her work, like I was until Marvin sent me the video, I suggest watching it.  I mean, I knew her work in part through Public Enemy's Fear of a Black Planet, but I didn't know it directly.  The basic idea is this: pink skin is the result of a recessive gene that produces far less melanin than most of the skin on this planet.  (Interestingly, some of her work wonders if "white people" were kicked out of Africa because of fear of the odd and different...)  Pink-skinned people became very powerful in Europe, culturally dominant, for better or for worse (and I think most of this blog focuses on how the idolization of "white" ideas has hurt our country, if not the entire world.)  Enough asides: whether you subscribe to her ideas or not, the question is still valid: why are white people afraid of people of color?  We seem only slightly afraid of Asians, somewhat more afraid of Latinos, and most afraid of Arabs and Africans.  Welsing's ideas suggest that we are sub-consciously afraid of "dying out," of disappearing, and since we know that interracial relationships often produce people who are "less pink," the scale of fear makes sense: black people threaten white skin the most.

And: there's a disturbing double-mindedness.  White people, at least in the US, hate when their skin is pale.  Why else would we spend $3,000,000,000 on tanning salons each year, even though we understand the risk of skin cancer?  Growing up as a pink-skinned person in Michigan, I can personally attest to this: our spring-breaks most often involved driving down I-75 for the coasts of the Carolinas or Florida.  Sorry Mom, throwing you under the bus a bit here, but you always did tell us to "get outside and get some color on your skin!"  It's bizarre when you think about it logically, but so definitely true. 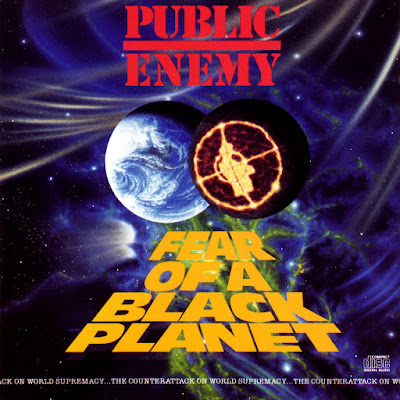 There are so many "hates" involved in being under the veil of white supremacist thinking: we hate dark skin because it threatens our "purity;" we hate our own skin because it's too "pale;" and we hate when anyone points out this duality to us because it makes us feel crazy.   Are we going crazy, have we already gone crazy?  The Bible has a wide range of verses that have been attributed to interracial/inter-tribal marriages, but it's most important to note, when combating white supremacy, that God is not "against" them in terms of skin tones.  To the exiles in a land not their own: 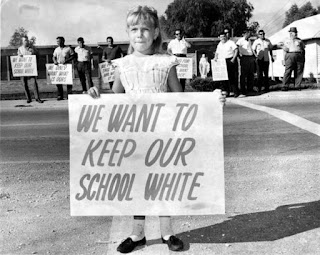 I had the honor of working closely with two mothers, each with a child in our local public school system.  One of the children has light brown skin, comes from parents with mostly African ancestry.  His friend has pink skin, comes from parents with mostly European ancestry.  They are in elementary school, in the same class, and both of them are very intelligent.   In fact, the parents decided to informally measure their cognitive levels using a test that the school district employs to determine gifted and talented education placements.  Each child is reading and comprehending 5-6 grade levels beyond where they are currently in school.  Each child is 1-2 grade levels ahead in math.  So both parents asked school leaders to have their student formally evaluated.

The pink mother was contacted by the school and was told, in a straightforward way, that there is an eight month wait list to have her daughter tested.  The parent explained that she is not trying to get her child labeled, or that she sees her child is any more special than any other kid, but that she's concerned because her daughter has been saying that school is boring.  The school representative told her, "no, I'm sure you know your daughter is advanced, and of course, you want what's best for her." 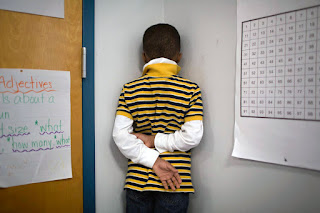 The brown mother was also contacted by the school, but several days later.  While the school representative told her the same information, the rep also asked, "but why do you want to pursue this for your son, what are your intentions?"  So, this mother explained the same concerns as the pink parent, that he was getting bored in school and she wants what's best for him.  The rep said, "well, we all want to believe our children are gifted, but that doesn't mean they actually are..."

Why the difference in responses to, essentially, the same capabilities?  Fear of a black planet.  Why would a white girl's parent be encouraged to support her academic trajectory but a brown boy's parent have her judgment questioned?  Aren't the schools supposed to support academic growth equitably?  It doesn't make sense at all, unless you consider that somewhere, subconsciously, our nation is afraid of black people coming to power.   This is not justice.  Schools are the most direct arena for this fear to create our own spin on Apartheid.

Look at the backlash against our current biracial President right now.  Has the world ended?  Some would say yes, and why would they say this?  Even amidst economic/employment indicators that show Obama outperforming Reagan, we are inundated with a campaign to "Make America Great Again." 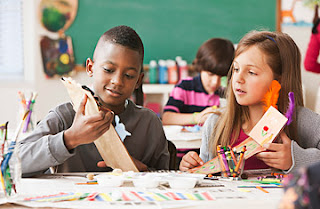 But: what if we looked at this from God's point of view?  We are meant to find Shalom in our cities, together.  Not in creating and perpetuating divisions.  Not in doling out positive attitudes and open-doors to some and keeping others shut out with skepticism, judgment, and pointed, accusatory questions.

And: mocha is a beautiful color.   All of the shades and tones.

May we work harder to shine light on these fears, and how they are still inflicting pain and destruction: both internally and upon our neighbors.  May we admit our fears, confess our sins, and move forward towards the Kingdom, now.

Posted by Matthew John Schmitt at 11:43 AM