At The Table Setters, we lean into the wisdom of writers who've gone before us like Frederick Douglass, and writers and theologians who are still with us, like Andre Henry and Nick Barrett.

This discussion needs to be happening daily, and we need to be having these kinds of talks both within, and outside of, the bubbles we've come to know.

If you live in Detroit, join us this weekend at Fort Street Presbyterian Church where we discuss:

Are White People able to Follow Leadership from People of Color?
Posted by Matthew John Schmitt at 6:59 PM No comments:


Thanks to a generous partnership between New Detroit and The Secret Society of Twisted Storytellers, I got to partake in a project to understand race as a social construct.  Everyone received a free DNA kit to study both our ancestry and genealogy, to make connections to our shared histories and the authentic stories of where we come from, and where they intersect.   My journey includes failing miserably as a "white savior" (thankfully!), and finding hidden white ancestors who were more violent than the people of Detroit I was taught to fear.  Oh, and Solange Knowles is my 10th cousin....so there's that.

Inseparable from The Dream is The Letter

Transcript of Opening Reflections delivered at The Community House of Birmingham, Michigan at the 27th Annual Martin Luther King Jr. Celebration entitled: THE DREAM: HOW DO WE LIVE IT? HOW CAN WE WORK TOGETHER TO MOVE FORWARD?
*** 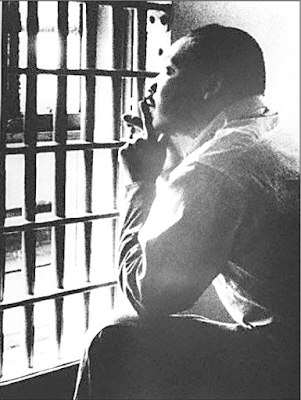 
It’s how we use all our gifts that reveal the true contents of our characters.

Posted by Matthew John Schmitt at 10:37 AM No comments: