Fight Whitewashing: The Truth in the Narratives

Exactly one year ago today, I had the honor of having one of my blogposts featured on both the Fuller Theological Seminary's online student blog page as well as their printed quarterly magazine.  It is a piece about how three young men, one African-American, one Native American, and one European American (myself), helped an unconscious woman late at night on the subway in downtown LA. 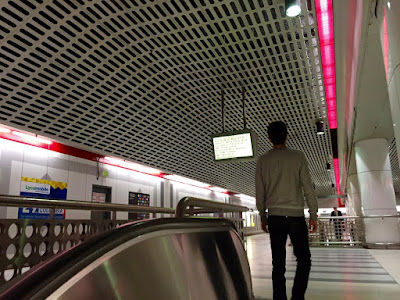 This is only for the setting to this story about the pressures of "white-washing."

In no way am I throwing Fuller under the bus here, as I truly have grown to love the education I'm receiving and the community I've been welcomed into.  And, to be fair, Fuller did publish the full content of my writing on their student blog site, meant to attract prospective students.  But, and I mean the big Biblical but here, the blog site audience is far more limited than the Fuller Magazine, which goes out to all students, alumni, and supportive congregations across the country.

I'm sharing this to illustrate a very important point: journalism and history, in this country, has an obsession with removing race from our narratives as much as possible.  What was explained to me was that the Fuller Magazine could not print the entire blog because of spacing, so they were making a choice to focus on the gender angle, the "men helping a hurt woman" angle, arguably valid and worthy.  The problem with this, especially here, was that if you removed race from my story, it completely whitewashed the narrative. 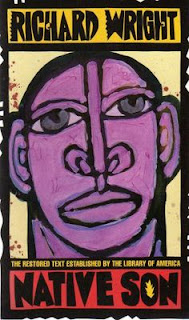 Dominant and subconscious fears about Brown and Black men raping woman are completely skewed, intentionally.  History shows us that if we could convince the majority of people that Brown and Black men were dangerous, we could justify treating them like animals needing to be caged.  Richard Wright's Native Son is one of many examples of the terrible destruction this mindset caused, and still causes today.  If you don't believe me: look at how soft the sentencing of Brock Turner is, the White Stanford swimmer who was convicted of raping a young unconscious woman.  Ask yourself, if that young man was a person of color, named Brock Peters perhaps, do you think he would only be serving 6 months?

So when I got the phone call asking me to rewrite my original blogpost to remove all the elements of race from the story, and instead, just focus on the help offered to the woman, I said no.  What touched me the most was that it was such a beautiful story that bucked the narrative telling women they ought to always fear young black and brown men.   A lengthy back-and-forth dialogue went on between the editor and I, and thankfully, this editor conceded that I had a strong point to make, though we had to still pare it down some.  Fuller would allow me to keep most of the elements of race (and now I wonder if the winning of that argument could be attributed, in some way, to my own white privilege....)

Nonetheless, it was a fight worth having.  To help illustrate this, I am sharing both posts now.  I will highlight, in red, the section from the Fuller Magazine that was originally on the chopping block.

The Harmonics of Praise and Lament (printed in the Fuller Magazine, June 10, 2015)
(click here to find the official article on Fuller's site)
8:30 p.m.: Our student vocation and formation team learns the Prayer of Examen—an Ignatian practice involving both celebrating our gratitude towards God and crying out in complaint: the harmonics of praise and lament.

9:45 p.m.: Stepping onto the Red Line subway at Union Station to head home, and while everyone riding eastward exits the train, a young woman is not moving at all. One breast is slightly hanging out of her shirt, her purse is about to spill out its contents, she is slumped strangely in her seat.  She is oblivious to the sounds and activity around her.

A Native American young man notices as he is about to exit and tries to wake her. She does not respond, does not even move. He leans in to see if she’s breathing, and nods to me that she is alive. “Call for help,” he instructs.

An even younger African American teenager boards as I’m pushing an on-train emergency alarm that seems to get no response. He and the first responder delicately pick the woman up, explaining, “We can’t leave her like this—anything could happen.” She comes to slightly and clings to them. I realize the call button doesn’t work, and wave down a Metro employee coming down the platform instead.

Remembering this, the tender care of those two young men still moves me. They carefully adjusted her shirt so that she was no longer exposed. They secured all of her belongings and gingerly laid her down on the platform bench. They saw her in all of her vulnerability, and stopped what they were doing to ensure her safety. Then, we stood sentinel as the Metro employee went for more help.

10:00 p.m.: I pray my Examen for the ride home: God, I lament whatever happened that led to the woman’s situation, and I am thankful I was able to witness and participate in such a committed, harmonic act of kindness, one that pulled three strangers from very different backgrounds together for the benefit of a woman who will never even know.
***

And now, the original post, with a section notated in green that was key to me, but I had to say goodbye to for the Fuller Magazine printing:


A Night of Examen, published on Fuller's Prospective Student blogsite on March 3, 2015
(click here for the original post)

8:30pm: Our Vocation and Formation team practiced the prayer of Examen, an Ignatian practice that involves both celebrating our gratitude towards God and crying out in complaint: the harmonics of praise and lament.

9:45pm -Stepping onto the Red Line subway at Union Station to head home. A young woman, maybe Latina, maybe Armenian, is completely not moving while everyone riding eastward exits the train. One breast is slightly hanging out of her shirt, and her purse is about to spill everywhere.

A native American male notices as he is about to exit and tries to wake her. She does not move, does not even respond. He leans in close to see if she’s breathing, and he nods to me that she is. “Call for help,” he instructs me, and I start to push the on-train emergency button.

A young African American teenage male boards the train. As I’m pushing a button that is getting no response, he and the first responder delicately pick her up, saying, “we can’t leave her like this, anything could happen.” She comes to, slightly, and clings to them. By now, I’m realizing the call button doesn’t work, and I wave down a Metro employee walking down the platform

Even typing this, the tender care of those two young men still moves me. They carefully adjusted her shirt so that she is no longer exposed. They picked up all of her belongings and gingerly placed her down on the platform bench. They noticed her vulnerability, and stopped their lives to ensure her safety.

The native American man had to press on, leaving the two of us to stand sentinel near the woman as the Metro employee went to get help.

Help arrived, and immediately the first employee thanked only me, then he asked the African American guy, “how long has your friend been unconscious?” All at the same time, I said, “don’t just thank me, he actually carried her!” while our leader said, “I don’t know her, we just found her passed out on the train.”

10:00pm: My Examen for the ride home: God, I am thankful I was able to witness such a concerted and committed act of kindness, and to play a small role in changing the situation. God, I lament that I was assumed to deserve the credit, and I pray for blessings upon the nameless strangers who initiated and commanded the care.

****
Never believe the lie that "it's just a story," or, "these are just entertaining movies, why do you have to  get so bent out of shape about #OscarsSoWhite?"

Stories have always been the quintessential element of being human.  Stories are the bedrock of culture and societal values.  Stories, more often than direct commandments, are how God decided to teach us through the prophets and through Jesus.   It matters who the cast of characters are.   Jesus is The Word.  Stories matter.

Please stand with us in demanding that a white man is not always deemed the hero.  In this story, I am just the eyewitnessing storyteller.  Those two young brown-skinned men saved that woman's day, and very possibly, her life.

Posted by Matthew John Schmitt at 8:48 AM