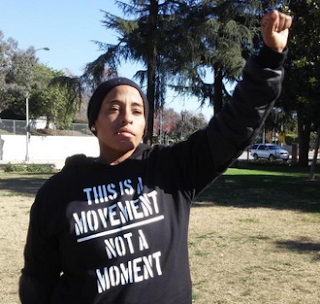 My first course at Fuller Theological Seminary was Interfaith Dialogue.  I made this choice because I was genuinely interested in the concept, (and because it fell on a Wednesday evening which was the only space I had with my work schedule at DOOR).  I remember thinking it was, perhaps, a "fringe" class.  How wrong I was.  Interfaith dialogue is what is, and has always been, about.  And dialogue can only happen if both parties are willing to listen respectfully, even amidst what may or may not arise as disagreements.  And dialogue is enhanced when we work together.

So: how powerful it was to witness a historic moment of Interfaith Dialogue and prayer today, organized by the local chapter of BlackLivesMatter, as Muslims, Buddhists, Jews, and Christians came together (probably with other groups, but I only heard prayers from these folks) to pray for the immediate release of Jasmine Abdullah.  A group of about 30 students from Fuller walked over from campus to the courthouse early this morning, which was also a huge day in California with our primaries!  Jasmine had been charged with "felony lynching," and, from what I've learned, is the only black person to ever have this conviction.  Originally, the law was designed to protect African-Americans when they were arrested from angry White mobs who were known to yank them out of the back of police cars and take them out to the back woods for a hanging.  How preposterous, then, that Pasadena charged Jasmine with this, when she was attempting to stop the police from arresting her friend during a #BlackLivesMatter demonstration.  In other words, she was charged with the attempt to take her friend from police custody so that she might go and kill her, I guess, in the mountains north of Pasadena?! Ridiculous, and I don't mean that in the "cool," or "sick," way.  Read more about this historic case here. 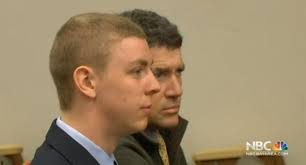 Meanwhile, in matters reeking of Whiteousness, Brock Turner, the Stanford swimmer convicted of raping an unconscious 23 year old woman, has only been sentenced with 6 months (though he could have been given 14 years.)  Here is a letter written by the woman he raped.

Okay, so catch it.  A young man who actually caused deep physical, emotional, and spiritual harm to one of his peers is given far more leniency and grace than a woman who was trying to protect a friend of hers while standing up for the rights of marginalized individuals.  Yes.

This Is The Insidious Injustice Of White Supremacy.

We, Christians, need to stand up to this.  Christians need to hold hands with Muslims, Jews, and everyone else who knows this, deep in their soul, to be completely unfair.  So grateful I was blessed enough to be there today.  It was a peaceful, but not silent, rush of the Holy Spirit on that sidewalk outside the Pasadena Courthouse, two blocks from Fuller.

And prayer was powerful, when it came alongside the deep and committed work of Jasmine's attorney, Nana Gyamfi.  Jasmine faced 4 years in prison, and her sentence was dropped to 90 days.  Amen.  Of course, we were protesting and demonstrating, peacefully, that she might have zero days, or, only the days she'd already been detained.  But this was deemed, by most of us standing there, as a victory.  Watch this video of Nana explaining the situation, punctuated by Jasmine herself calling in!

Amen.  Scroll down to watch the long videos of the prayer and poetry that the gathering sang up to Heaven while we waited for the hearing to let out.   Give yourself the blessing of seeing what happens when people come together in the Spirit of Christ (and their own sense of who God is) to fight injustice.  This is what Love looks like, one protester said.  May it continue to be so.

JUNE 8, 2016 UPDATE: Next step in the fight to #FreeJasmine, to drop the days and the 3 years of probation.  There is a petition growing momentum to ask Governor Jerry Brown to pardon Jasmine.  Here is the letter they are asking people to sign off on:

I am writing you to ask that you pardon Black Lives Matter activist, Jasmine 'Abdullah' Richards.

You have the executive power to right Judge Lu and District Attorney Lacey's wrongdoing. We are asking that put justice ahead of politics and pardon Jasmine “Abdullah” Richards.

Sincerely,
CLICK HERE TO ADD YOUR NAME TO THIS PETITION.