We Love Detroit, by Charlotte, age 7

A few months ago, my daughter Charlotte said:  "Dada, I want to make a video about Detroit for the Table Setters."

My favorite part of this was that she started writing in her notebook about all the people she wanted to interview so there could be older and younger people, strangers, people who've lived in Detroit for a long time and people who are new, and she said, "I know, I know, I'll definitely talk to people who look like us and people who don't look like us."

She decided to ask people what they like about our new city, because even at 7, she's noticed that people tend to say many negative things about Detroit.  Marvin helped her think like a director and an editor, and of course, we helped her learn how to use the iMovie program.  She asked me to compose the music, and was very clear about how it should sound.  She chose the titles and imagery, and I helped her find some photos to enhance the stories people were sharing.

Obviously, I'm proud of her, but I also think it's important to note that our kids, (not just my kids, but all kids) can handle thinking about narratives and community and diversity even in grade school.  In fact, most of the divisive mindsets people carry around with them originate at early ages.

Marvin loves to do behind the scenes kind of extra footage, so we did this as a little promo.  Of course, we did it on a Friday right after school, she was hungry, and you can see the weekend jubilation setting in.  :)

Thanks for watching, and any comments you leave for Charlotte will be shared with the producer!

If you're interested in supporting more work like this, please donate to our non-profit on GoFundMe: https://www.gofundme.com/thetablesetters

It's been 11 months since we displaced ourselves from Los Angeles to Detroit.  But yesterday, I got to come back to Hollywood, thanks to an incredible exhibit called "Displacement and Gathering" at First Presbyterian Church of Hollywood which featured a live artistic performance of a Table Setters gathering around a table to discuss race, politics, the idolization of all things white.  We talked about what we might learn from other cultures, other perspectives, and other people with whom we might expect to disagree with, be afraid of, be opposed to meeting.  We talked about why God created diversity to begin with, if it wasn't to learn how to appreciate God's love for beauty in variety.

Marvin's All-American photos and videos with quotes by Frederick Douglass and Andre Henry were featured alongside original artwork by Hyung-in Kim, Maria Fee, Anne Baumgartner, Andrea Kraybill, Brian Fee. I want to let you have a glimpse of that work below. 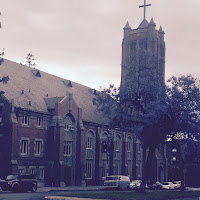 For me, personally, I felt "gathered," after being displaced.  I was invited to play piano again during the worship service.  I was invited to dinner with old friends.  I got to hang out with the old team of Discerners from the Gregory avenue neighborhood, kids I knew since they were kids, and now they are all hovering around 21.  It was great to be gathered back.  But I also thought of how many people get displaced and are never able to return to glimpses of home.  I think of Native Americans pushed off their land.  I think of people living homelessly in Hollywood who get shuffled along, especially during the Oscars, every year.  I think of warriors snatched out of their homelands to come build a country for white men.  I think of refugees fleeing impossible situations, either economically or politically, to do right by their families, to survive. 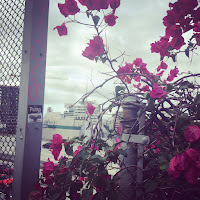 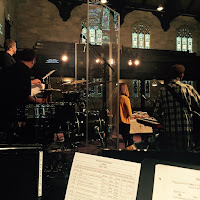 I think of all the many people in Detroit who've been told their house is not worth the cost it would take to fix the roof, so they just have to slowly let the water seep in.  I think of what it might mean for us to turn back that tide.  I think of what it might take.  I pray to God we have the strength and courage to dismantle the walls that divide us, and I think Whiteousness has always been one of the most formidable.  Like the forcefield blocking entrance to the planet with all the secret codes in Rogue One.....

This week: we moved into a new house.  Another displacement and re-gathering.  We are trying to buy this house, but are facing challenges because, like many of our neighbors, it is not being valued as high as the seller is hoping to sell it.  What is value, and who decides?  The nature of this post is understandably scattered and questioning, which I think fits well alongside the artwork to follow.  Let it speak to you too.

What if we could allow everyone to be considered, "white?" Of course, i think that would be a terrible idea, as whiteness is the problem.  But, what if we could truly understand each person as a beloved child of God, as beautiful as God intended?

But first, listen to the incredible Diane Ujiiye deliver an opening prayer of sorts through spoken word: 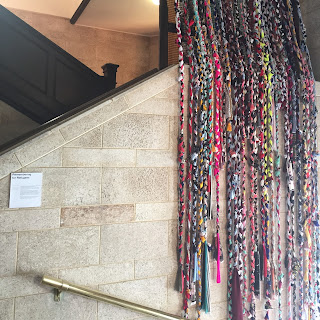 "Remembering for Refugees" by Hyung-in Kim: the interlacing strands were produced in art workshops. In these educational venues the artist directed participants in the shared activity of braiding bands as a pedagogical tool to raise awareness of cultural diversity and to build empathy. Her project also commemorates the 25th Anniversary of the LA Riots. 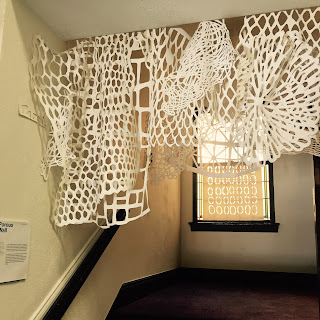 "Pourous Wall" by Maria Fee: a wall is erected as a barrier: it can contain, or it can keep things at bay. Boundaries are necessary to create distinction. Yet when a wall is impenetrable, how can relationships occur between what's inside and outside? When a wall is too high, how can the strange draw nearer to become more familiar? 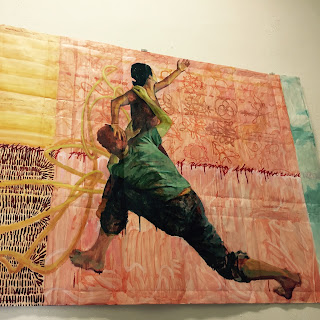 "Alienation" by Brian Fee: to exist is to struggle. In attempt to elevate the self, someone else may be pushed away. This brings about a double alienation: the one who is cast off, and the offender left alone. 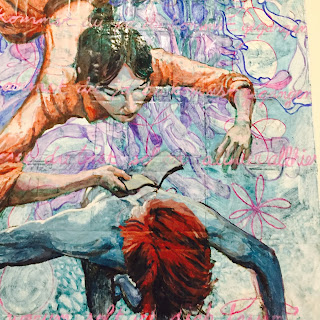 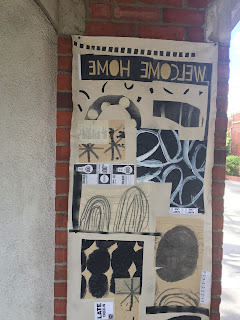 "Gather and Embrace" by Anne Baumgartner: welcome can function in many ways, both literal and symbolic. Through words, expressions, and physical space, God utilizes the particularity of place to gather the many in order to embrace them. How can we create room for each other and also the Holy Spirit? 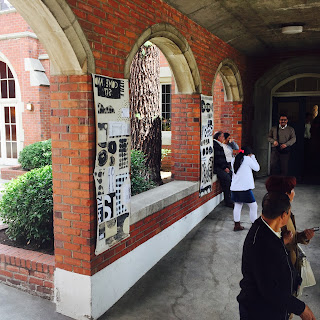 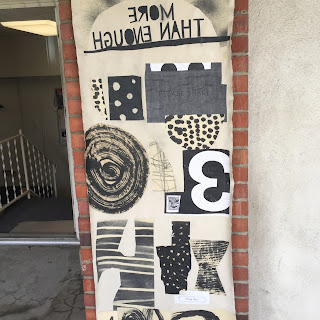 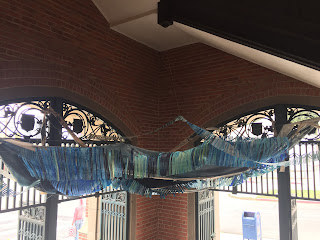 "Interwoven" by Andrea Kraybill: the multi-layered bands installed above the church's entrance, found near the intersection of two streets, further speaks of hospitality. It provides an alluring invitation for passersby to enter into a meditative space for renewal and refreshment. 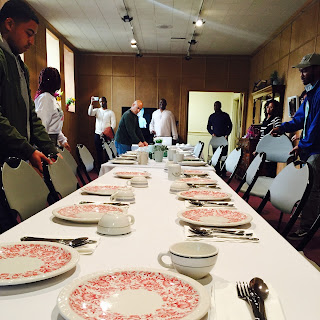 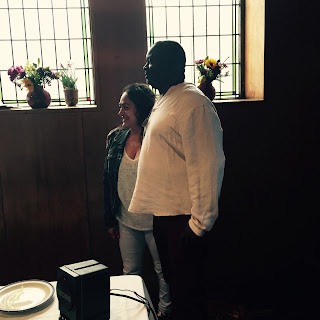 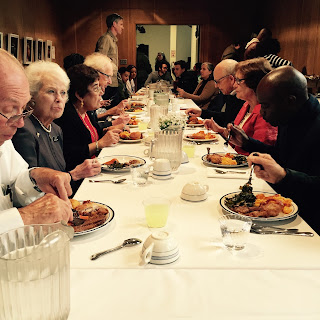 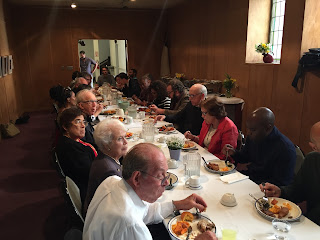 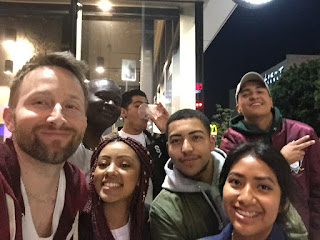 Posted by Matthew John Schmitt at 6:38 PM No comments: