The Fire Hazards of Diversity

Here's the truth: diversity is hard.

Do we let our child cry herself to sleep or comfort her because she's expressing irrational fear over the sounds of the radiator?  This is a question that two different parents, that would be Darcie and I, come at from two different angles.

Our last play at Teen HYPE, focusing on the deep challenges caused by the over-incarceration of parents in Detroit, sparked a range of conversation and dialogues.  So for next year's production, do we go deeper into the school-to-prison pipeline?  What about school shootings and gun violence?  Or should we turn away from the "confronting barriers" of our mission statement and focus on "celebrating youth?"  These are real questions that our staff is wrestling with today, but beyond that, what do the young people have to say about all of it?  Literally, hundreds of ideas are bouncing around right now. 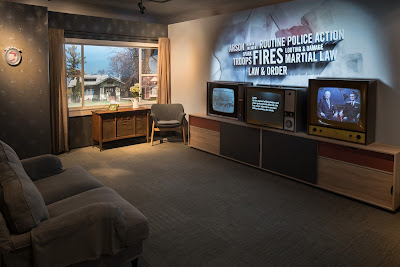 At Challenge Detroit, my team is currently working on imagining how the Detroit Historical Museum can harness the successes of the nationally recognized Detroit67 exhibit and related events (detailing many perspectives on the uprising in Detroit during the summer of 1967), and move forward with new themes and structures that invest teenagers and young adults for the long haul.  If Mayor Mike Duggan truly wants Detroit's youth to "stay in Detroit," what kinds of investments and plans do we have to engage their interests, ambitions, hopes and dreams?


As much as I celebrate the active pursuit of expanding diversity, I recognize how tempting it is to want to just work alone, or seek out people who think exactly like I do.

In the early days of The Table Setters, Marvin and I were working on a presentation for DOOR Los Angeles about racial reconciliation.  We knew that we agreed that using the text commonly known as The Good Samaritan (though Jesus never uses the word "good"), was the right foundation.  We wanted to underline that sometimes the best idea, the most compassionate solution, comes from the person you might be inclined to look down upon, the person you might see as the enemy, or in the case of DOOR, the person you came to "serve" in your mission work.  But where to go from there? Marvin gave me a few weeks to put together the flow of a presentation that we would review together, while he was sourcing video content and other material. 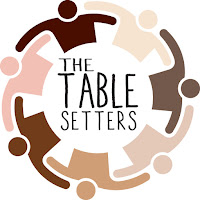 I started.  Then I scratched my head.  A lot.  Was I going to focus on reparations?  Was I going to focus on the loophole in the 13th Amendment that repackaged slavery into the modern prison industrial complex?  Was I going to keep the conversation centered around black and white issues, or should I weave in dynamics of injustices done upon Native, Latinx, Asian, and Arab-American peoples as well?  If I do so, will it just water everything down into the basic "tolerance training 101" that we had both grown so tired of?

But on a deeper level, I wanted to have something to show Marvin that I had truly been listening to the issues he was most concerned about.  In short, I wanted to present him something perfect.

Marvin asked me to show him what I was working on.  I hemmed and hawed, uh, gimme another day or two.

On the morning of the third day past my deadline, he texted, "CALL ME."  I was walking along Ventura Boulevard in Los Angeles to catch the bus into Hollywood.

I called him.  He asked me if it was ready, and I stalled with rifling through some of the questions I wrote above.  He interrupted and a huge argument erupted.  I'll spare your eyes the curse words.


"Why are you trying to shut me out of this plan?!  Why won't you show me pieces of what you're working on?!"

"You can see it, but you said you wanted me to have a full draft ready!!"

"Oh, I'm about to call you the white devil!  Just like always, white people take the story from people of color and shape it how they think it should be."

"You kinda just did call me the white devil!"

By this time, we are yelling near the top of our voices. I've just watched the bus roll by and I've stepped into an alleyway.  I failed to notice a man, I presume living homelessly, sitting on some crates alongside the building.  He gets up, taps me on the shoulder, and scoffs, "man, keep it down, some of us are trying to rest in this alley!"  My face was hot with a new embarrassment amidst my anger.

Marvin thinks I'm talking to him, "I don't need your apologies anymore, I'm sick of this waiting on you, I'm ready to just be done...."

I interject, "No, I was saying sorry to the homeless man I just woke up from our yelling."

Pause.  One or two beats.  And then, Marvin just busts out laughing.  So hard I think he might be crying.  But it's clearly laughter.  And it's contagious, starting to catch a fire inside me as well.  Both of us gasping and trying to come up for air, he's joyfully working to convey that he's standing on his porch in Burbank in his boxer shorts, yelling his head off at this white guy on the phone, and his neighbors must think he'd lost his mind.  It's a pretty epic scene.  A story we love to tell.

Then Marvin starts to reflect on how this is just what makes it hard: one person trying to get it perfect to impress another person, meanwhile shutting that other person out of the decision making process, even unintentionally.  It threatened to upend our entire project.  We decided to meet up at a coffeeshop and just hash it out.  We decided instead of calling it quits, we bring everything we'd gathered up to then.  We decided to come back to the table.  I'm thankful for that man who interrupted our argument, I looked for him later, but I think he actually caught the bus I was supposed to be on. 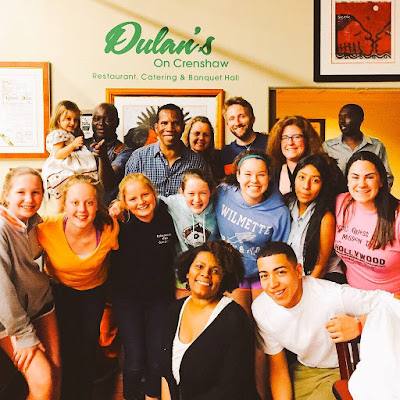 Diversity initiatives are indeed a good thing, but so many stop short of actually considering the challenge that will come when diverse ideas collide.  Ideas that come from our experiences of being diverse in genders, religious beliefs, countries of origin, and how society has treated us based on our skin color and other things we have absolutely no control over.  Who gets the final say?  Who gets the veto power?  Marvin and I realized how critical it was that our own workflow was a microcosm of the challenges every organization faces when they claim to honor diversity.

So: our honest solution was that we just have to keep showing up and doing our best.  Listen, reconsider, and come to the best conclusions we can make when everyone feels like their contribution has been respected.  The perfectionist in me has to constantly learn there is so much work, so many bad and unjust habits to dismantle, and so many true opportunities for incremental healing embedded in the process alone.  Which means that sometimes, the process employed might be more important than the end product.

I bring this forward with me in today's work.

I've come to see Challenge Detroit as a place where we whittle big questions down to, hopefully usable "idea kindling."  Some of us bring our talents to focus on the small but very necessary twigs, while others contribute larger sticks as structural support.  As we only have six full working days with each project, this is what we can realistically provide.  We invite the partner to light the match and hope that our concoction of ideas, generated by a diverse bunch of individuals, actually catches some fire.  Of course, the partner will have to supply the logs for sustainability.

Our aim is to present something balanced and effective, that can be stoked to generate more and more warmth and energy.  But if anything is out of balance, the fire might not start, or the fire might explode into something destructive that threatens future processes.  1967 didn't just happen.  That bonfire was building for decades and decades and might have been prevented if the major change agents in the city actually took time to value the input of each member of the city, not just their highest paying customers and constituents....

So how can we honor everyone's ideas and still produce really good results?  How can Detroit move forward in a sustainable way for everyone who calls this city home, for everyone at this table?  There is so much energy, so many sparks flying right now, that I'm thankful that the Detroit Historical Society is working on how to come together in new and sustainable ways to prevent the fiery summer of 1967 from happening again.

I believe change might have to happen slower than many people like to consider, but I also think that there can be healing in the process if we commit to staying at these tables and making sure we value the thoughts and perspectives of each person sitting next to us.

It will not be easy, but I believe it will be worth it.  If we commit to keep coming back together.

Posted by Matthew John Schmitt at 11:22 AM No comments: