Today's words come from Donna Lillian Givins, CEO of The Eastside Community Network in Detroit, and a new friend.  It originally appeared on the Thinkofone blog here: https://thinkofone.wordpress.com/2017/08/16/malignant-whiteousness/ 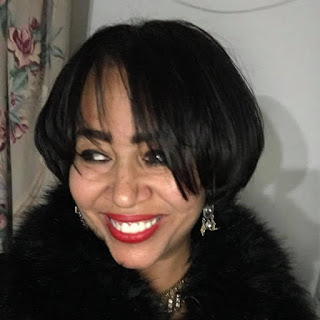 Jesus commands us to love our enemies but what is love without understanding? Here is my attempt to understand the evil unveiled under the Chump aka Twitler aka Cheetolini, but never President because he is never presidential.

Malignant whiteousness is the damaged offspring of malignant narcissism inbred with righteousness and white supremacy. Whiteousness is a disease of distorted reality, of miseducation and misinformation and an aggressive denial of a threatening reality that all men are created equal. And women are equal to men. Like all malignancies, whiteousness spreads and it kills.

Consider, for example, the malignant Whiteous alt-right movement of college-age and young adult white men who gather in online forums under the banner of Pepe the frog. Bred to be masters of the universe, they enter college at an immediate disadvantage to immigrant African and Asian and other brown students who prepare with precision, ace entrance exams and set every college-curve. They are educated alongside a growing cadre of the descendants of people their ancestors enslaved, who – freed from the shackles of Jim Crow oppression, illiteracy and poverty – assimilate comfortably into college and careers. And they are equalled or bested by women at every front – academically, socially, politically. Women, it seems, have reproductive choice, economic power and social identities independent of their menfolk.

And so some whiteous men recede into righteous anger and resentment and enter into a fantasy world of white male triumphalism, replete with Pepe the Frog and nostalgic dreams of days-gone-by when women were powerless, Black people were subservient, and Asian ambitions were colonized. Math and science have been mastered by immigrant Browns and Blacks and, therefore, neither sciences or maths are trusted or respected fields. History is damning in its detail of past atrocities, hypocrisies, and worldwide oppression. Truth is, therefore, a lie.

According to the Whiteous, America must be restored to the haven of privileged white maleness. Black people must be subdued, immigrants must be detained and deported and women, robbed of reproductive choice, must be returned to dependency on the goodwill of men. These beliefs are malignant because many people, wishing for a simpler past, grab pieces of these dreams without considering the whole problem they represent. They are dangerous because white supremacy is so ingrained in our national psyche and toxic maleness is so familiar that others unknowingly imbibe these lies without forethought or intent. They taste familiar. And they are deadly because the angered whiteous are violent and destructive and the people they target will not submit without a fight.

The less favored child was both strong and resilient unless s/he was abused or seriously neglected, which caused a host of other problems. This child learned at an early age to never depend on the world or other people for his physical or emotional needs; never to accept what the world had to say about him. He learned to make a way out of no way; to bury his emotional needs so deep that no one could dislodge them, sometimes not even himself or his wife or his children. Those who succeeded, learned to work twice as hard to get half as far. Those who failed learned to expect nothing, hope for nothing, and they learned how to handle having nothing – not prosperity, not peace, and — all too often — not life itself.

Whiteous white people are those without a system for preserving healthy self worth; their worth is predicated on their superiority over others of lesser status. When my favored-child friends left home and were confronted with a real world that granted them no sense of specialness, many of them struggled and others found other ways to create a sense of self-importance. They became bullies or workplace sharks or abusive spouses.

Whiteous whites are now living in a world where a Black man ascended to the presidency, brown people are dominating scientific and technical fields (hence anti-science), and other brown people are posing a threat to the preservation of their international privilege. And so we endure the backlash of hateful resentment – how dare you, how dare we, how dare the world question their divinity.

Malignant Whiteousness is evil and its danger must be confronted through resistance to the thinking, behavior, and actions of the Whiteous.
Posted by Matthew John Schmitt at 12:05 PM 2 comments:

Rudy and Celah of Grace And Two Fingers, a show where "a Mexican and Black guy from the hood in Los Angeles talk about what Jesus has done and is doing," invited me & Marvin on their podcast with the question "why do Black and White people fight so much?"  This blossomed into a rich and funny conversation about the intersections of faith, racism, "Whiteousness," Jesus and the humor that can be found in the tensions when we keep coming back to the tables.

Take an hour and dig in, you won't be sorry.