On Being Called the White Devil 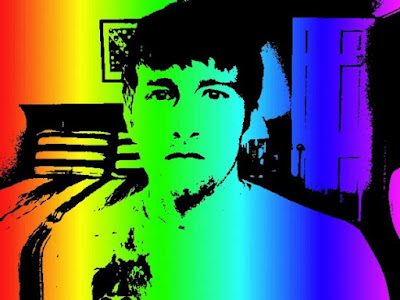 (A modern parable based on a true-story)

One day, a man with European ancestry was walking to his workplace in a neighborhood that the census labels low-income.  He is approached by an older women with African ancestry, and she says to him, "what are you doing here, why are you promoting a program on my street?"

He says, "because I believe in the beloved community and in the need to share life together."

She tersely replies, "you need to go back from where you came from, White Devil."  And she turns, walks away with her head held high and proud.

He hadn't.  He had policed a thought before it left his mouth, that he wanted to call her a Brown Menace.

And the Spirit of God opened a sliver of a glimpse with Christmas Carol-like ghosts of the historical present: there went the so-called White Devil, mostly unscathed, able to avoid that apartment and go about his business, look for a new job where he believes he is more appreciated and understood.  There went the so-called Brown Menace, moments before the authorities were called on her for disturbing the neighborhood peace.  She gets spoken at, she gets cited, and her complaint is ignored and dismissed.

Because the man called a devil by a brown-skinned one can still own, can still hold keys to his own doors, can change his situation at whim.  The woman called a menace by a light-skinned one is discredited, feared, and assumed to be guilty of threatening anyone who owns.

So, God asked him, "Who is right and who is wrong?  Who's life matters more?  Who's pain is greater?"

And the man knew, because the Spirit was around him, that both are right and both are wrong.  Both lives matter equally.  But then God's Spirit left him standing there, silent as a thought in the sunlit street.

And the silence congealed around a collection of words within, "is justice my job?  Is justice working to find equity in the shares of joys and pains?  Is the beloved community about holding another's pain as if it were our own?"


And just because this was playing as I wrote this, and it feels like such justified Psalm-like anger from Kendrick Lamar: "The Blacker the Berry" and "Alright" from the 2016 Grammy's.  Even though they edited some important lines of anger with the police, it still holds up.

And, well, I can't believe how much Beyonce hits, with such innovative artistry, the sheer power of black New Orleans' resilience and resistance with fire and dignity, and a good dose of a haunting warning.