I love you, I grew up on your turf. Most of you are incredible people. As a #Lyft driver, though, I have to set the record straight. When you ask me if I pick up "crazy hood people" in the city, I ask you if you mean my neighbors? Did you know that car insurance south of 8 mile is 3-6 times what you pay in the suburbs, just from the get go? Many of my neighbors say it's much less expensive to take Lyft from time to time to work than it is to own a car. 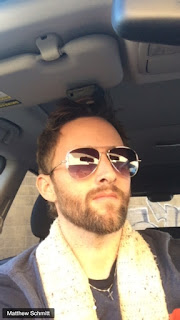 And, now having driven 400 people in the past 3 months, I can say this. I've only had 5 terrible experiences (thank God.) All 5 of them were north of 9 mile road. The passenger who yelled at me for not allowing him to smoke in my car. The passenger who was so hopped up on cocaine and Cialis that I had to report him, not so much for me, but for fear that he might sexually assault a female driver (he kept bragging about how he can always score with any woman, though he was angry because he had just been rejected in the bathroom of a club.) The passengers who wouldn't get out of my car because they were mad that I didn't drive them to places that they had not entered into the route, nor had they communicated in any way. The passenger group who kept aggressively asking me if I was afraid of getting mugged...and when I asked them, tongue in cheek, "should I be worried," one of them was not amused (the others laughed uproariously, because the one dude would NOT let it go.) They were pretty insulting, though. They threw a dollar bill at me as they got out of the car.

Suburban Detroiters, most of you are incredible and wonderful passengers. But if you find yourself assuming that my neighbors in Detroit are all dangerous and threatening, you are fiercely incorrect. I urge you to rethink that notion, and if you are taking Lyft or Uber, be kind. You are not better than any of us because of where you live. You are not entitled to do whatever you feel like just because you might see yourself as more valuable than me or my neighbors since you've earned more money in life, or had more to begin with.

I love this job, because many times, I get to engage in mini Table Settings a la The Table Setters I get to deflate trumped up fears and misconceptions, and I get to hear from real Detroit folks in the city, downriver, in the suburbs, about real life here in Southeastern Michigan. This is a great place.

I'm glad to be home.

And we've got a ton of tables to set for the long haul towards greater understanding, compassion, and equality.

God help us learn to actually listen to each other, and not just assume.

We are ready to set tables.  Click here to arrange a visit. 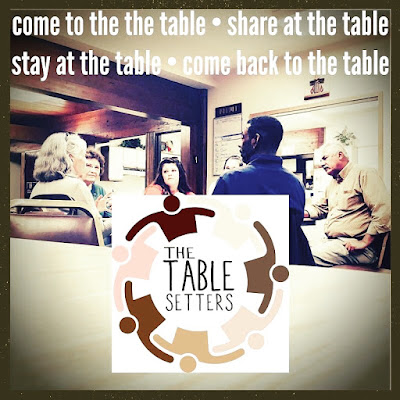