The Table Setters: For Such a Time as This 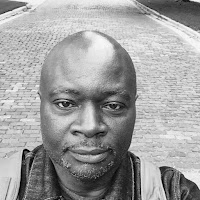 Don’t think that just because you live in the king’s house you’re the one Jew who will get out of this alive. If you persist in staying silent at a time like this, help and deliverance will arrive for the Jews from someplace else; but you and your family will be wiped out. Who knows? Maybe you were made queen for just such a time as this. - Esther 4:14, The Message

Whiteousness has allowed many of us with pink skin to live in blissful bubble, so some are scratching their heads and asking what is going on in this country?  Marvin has been sensing this trouble all his life, that the work of the Civil Rights movement was not an end, but only a tip-of-the-iceberg beginning, and we need to actively pass torches as Jesus-followers.  Politicians are getting away with hate-speech in unprecedented ways, all the while claiming Christianity supports them.  It is a scary time, but it hasn't just begun the last 365 days.  It's just never been dealt with in a holistic way, and my friends with more melanin in their skin will never talk about "good ole' days."  Or as Will Smith recently said, "racism isn't getting worse, it's just getting filmed." 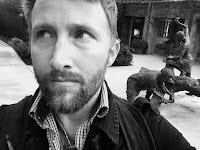 Racism and classism are major problems of our country, and I would argue the most detrimental.  At heart, these "isms" are the idolization of the idea that some people's lives matter more than others.  It's simple, when you think about it.  My job security matters more than hers.  My livelihood is something I've worked hard for, and those people are just moochers.  I am a CEO, you're a custodian.  "Those people" are more prone to commit crimes, so it's fine for the police to treat them like criminals from the get-go.  Just work harder, just work harder you lazy welfare mother.....Policies and law changes do make important differences, but we believe that there also MUST be a change of the heart.  And the best way, backed by the Bible, with deep connected roots throughout Torah, Qur'an, and I've been told, other sacred texts, is to set a table, share a meal, and tell honest stories.  So Marvin Wadlow Jr. and I launched the Table Setters last spring.

We have been blessed in a thousand and one ways by the First Presbyterian Church of Marion, IL, most especially Dan & Susie Selock and Wade Halva, and Darcie, the woman who chooses to stay married to me, has stepped in to help with framing and curriculum. We are working to establish ourselves as a 501(c)3 non-profit so that we can start accepting donations.  We have seen amazing things happen at table discussions around race, class, prejudice, justice, and cultural competency.  We have seen tears and anger, laughter and joy.  And we have no delusions that setting one table, or one diversity training session, is enough.  Like the Civil Rights movement, it should only be the start of a new relationship, a new frame of reference, a new glimpse of God's Beloved Community.  In short, this work will take the rest of our lives, and the rest of human history.  But we are always called to continually live into God's call for justice and peace.

A typical Table Setters gathering involves Marvin and I sharing each other's testimonies, and though he is a bit older than me and often drives me crazy, I do love and trust this man with caring for my children, as he often has.  Darcie and I have cared for his sons over the past 14 years as well.  We talk about current issues and encourage multiple opinions to be voiced.  We lift up a call as citizens to see all people as created equal, and when appropriate, as Christians to see tribal, racial, denominational, and religious divisions to be overcome.  We bring in music and poetry and screenplays that make sense.  We bring in pastors and community organizers when that makes sense.  We can be hired to speak at youth groups, churches, denominational conferences, businesses, schools, and civic institutions.  We are eager to visit you, so please pass this on to decision makers in your contexts.

When we gather around the table, we ask a range of questions like the ones below (compiled as my family and I moved across the country from Los Angeles to Detroit last month).  These amazingly color-brave and hospitable individuals have encouraged me and given me great spiritual confirmation that we are on the right track.

Email The Table Setters here to inquire about available dates and options for sessions and pricing.

The Table Setters, July 2016
(participants self-selected which questions they wanted me to ask, or they wrote a new one!)

1. What are some of the ways we can define or determine who our neighbors are? How should service, volunteering and public service, work into this?

2. What are some of the cultural, racial, ethnic, and generational differences in your community?

3. How do we love each other through these, or make space for our differences?


4. Who are modern day Samaritans, or “those people” on the “other side of the tracks?”

5. What questions would you ask someone outside of your race if you weren’t afraid of asking the question “wrong,” weren’t worried that the question itself might offend?


6. What might the difference between “Color-Blind” and “Color-Brave” be?


7. Do you think the over-criminalization of black and brown people hurts everyone in the US? If so, how?


9. Is active anti-racism a vital part of following Jesus if you consider yourself a Christian? (the original question read "being an anti-racist," but Emma (below) helped me to see the error of the thinking)

Click here to learn more about this video project. 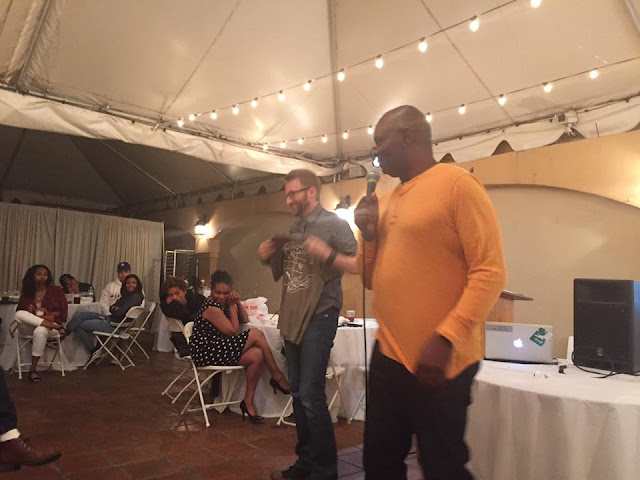