(thank you Ariel and Travis for educating me this week.)

If you wish life could go back to the Leave It to Beaver era of 1957, watch the video below.  If you are a "normal plain American" who is mad, watch this video.  If you are swayed by the Tea Party rhetoric that we have too big of a government now, it's a fraction of the size it was in 1957.   This video, by anti-racist writer and activist Tim Wise, uncovers the persnickety reality that poor white people are indirectly hurt by the purpose-filled systemic racism unleashed against black and brown folk. 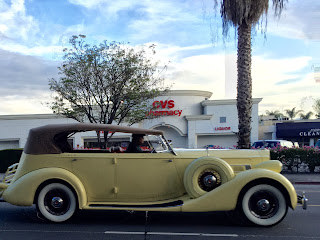 When the media covered issues of poverty before 1957, the imagery was of poor unemployed whites in the Depression, those fleeing from the Dustbowl, the rural poor in Appalachia.  The imagery was humanizing and galvanized support for FDR's New Deal and other social safety net programs.

But during and after the Civil Rights Era, the imagery of poverty shifted primarily to showing poor black folk.  These people are described as "leeching our system," even though, in the very modern era, poor white recipients are on par with poor blacks in terms of welfare, not to mention government bail-outs of big banks, who arguably profited immensely off the backs of lower-class folks of all colors during the low-interest mortgage boons.  There are recordings of political strategist Lee Atwater explaining how to shift the thinking of voters by abstracting overt racism into policy-talk that people wouldn't immediately grasp.  Throw in imagery of poor black people on welfare while hiding the language in racially neutral code (listen in around minute 8), and now we have scapegoats to blame.  Brilliant in the most evil sense of the word.  The "War on Drugs" imagery is just another example of a long line of demonizing people with more melanin in their skin than me.

And, here's the bitter irony: pulling back support for social safety net programs has hurt more white people in sheer numbers than black people.  But, and this is a major reason I'm writing "Dismantling Whiteousness," our media would continue to have us blame black people.  It is probably the primary reason for the outward and overt racism coming from working-class whites.   We have to stand up to these lies, and work to end the way they churn more and more misrepresentations, confusion, and hatred.

Let's look at a few takes on Ephesians 6:12, the famous "powers and principalities" verse:

For we do not wrestle against flesh and blood, but against principalities, against powers, against the rules of the darkness of this age, against spiritual hosts of wickedness in the heavenly places. - KJV

This is not afternoon athletic contest that we'll walk away from and forget about in a couple of hours. This is for keeps, a life-or-death fight to the finish against the Devil and all his angels. - The Message

As Christians, can we work to recognize the way the Devil has gotten into the details and worked to divide us?  Martin Luther King, Jr.'s final sermons worked to tear down these dividers between working class folks, black and white, especially those who are doing their bests to follow Jesus.  But the system, partially designed by intention and partially a runaway train that keeps plowing forward, thrives when competition between us flourishes, especially when that competition turns ugly and even murderous.  Cain towards Abel.  I am better than you, I work harder than you, I should be rewarded more than you.  God loves me more.  Could the Devil be pumping this system?  Is "Whiteousness," not the flesh of white people, but the mindset of White being the most valuable, is this the principality we should aim our weapons towards, instead of one another?

And if so, how could we ever do this without coming together in the name of Jesus?

When my mother refers to the good ole' days, she's mostly thinking about a time when neighbors lived in stronger network with each other.  She's remembering how people would share sugar when they ran out.  She's remembering how everyone seemed to care about everyone around them.  She's remembering a time before people took jobs far away as a rule instead of an exception.  There is something to this, you know.  Living more interdependently than either false independence or tragic isolation.  However, back then, life was also very segregated.  Today, life is still pretty segregated.  Could we bring the goodness of those days, where we all took care of each other, into legitimately diverse communities and neighborhoods?  Could we begin to reflect the Beloved Community?

The good old days are nothing compared to the Shalom that Jesus promises, when all nations will gather together in the New Jerusalem.  Let's work towards that day through love, patience, forgiveness, mercy, and our best attempts at justice.  Justice for all, not just the people who look like me.

We Want Our Country Black!!
WE WANT OUR COUNTRY BACK !!!
Posted by Brian Whittle on Sunday, April 3, 2016